How to prevent tampering or screwing with TEM (BigFix) Agents

July 02, 2013
In a typical Tivoli Endpoint Manager (TEM or aka BigFix) deployment, end users shouldn't be having the administrative rights else they may just uninstall the TEM agent or stop the TEM agent. 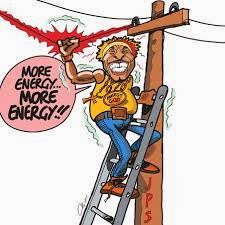 If the TEM agent service is stopped, the machine will be grayed out in the TEM console after the default client poll time ( typically it is every 4 hours ) ... For a secure endpoint management we need to prevent user from disabling TEM (BigFix) agent.

On Windows, we can prevent the TEM Client service from being stopped or disabled.
We can also configure the service to automatically restart incase it is killed/stopped.

Restoring the security descriptor is a little harder. The best way, is to use a third-party CLI tool called SCAcl as follows:

scacl besclient /Q /T /I
sc failure besclient reset= 0 actions= none
However instead of using third party tools, I suggest to use the following Fixlets provided OOTB with TEM:


You should also apply the client helper Fixlet 591 which installs a watchdog executable file that will start the BESClient even if its stopped or disabled.