PXE can work on Wireless Networks

May 01, 2011
iPXE is an open source PXE implementation supporting protocols like HTTP, iSCSI , ATA over Ethernet (AoE) , Fibre Channel over Ethernet (FCoE). iPXE can also work with Wireless Network instead of the traditional wired network.It can fetch files from multiple network protocols, such as TFTP, NFS, HTTP or FTP as compared to the TFTP for data transfer in traditional PXE.

Some interesting features of iPXE are :

iPXE can be loaded by a computer from media like floppy disk, USB flash drive, or hard disk or as a pseudo Linux kernel or as an ELF image. 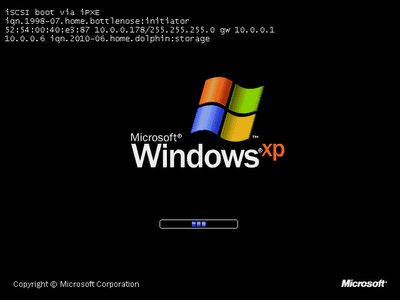 More information can be found at iPXE